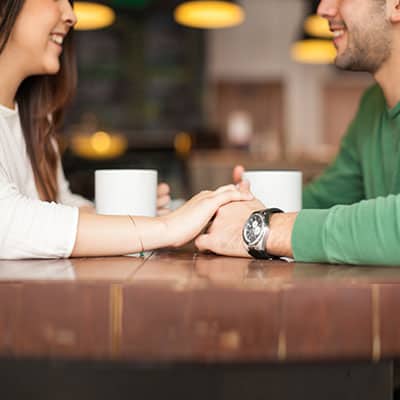 Marriage wasn’t going well for Michael and Hayley DiMarco. Although they were deeply in love, their differences were igniting a host of arguments and misunderstandings. The DiMarcos talk about their early years of marriage beginning with their disappointing honeymoon to the end of their first year when Hayley was volleying thrift store plates at the basement wall just to release her anger. As Hayley studied the fruits of the Spirit as promised in Galatians 5:22-23, she realized she wasn’t tapping into the power available to her. Once she began relying on God’s power, their marriage began to blossom.

A Cup of Kindness

The Fruit of Love 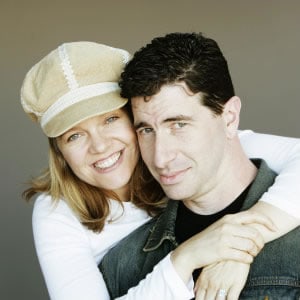 Hayley and Michael DiMarco form Hungry Planet books. Since their first book hit the shelves in Fall 2003, Hungry Planet has published more than three dozen titles and, as of 2011, sold over 1,000,000 books. Their newest title, Die Young: Burying Your Self in Christ, is a challenge to readers to die to self and live for Christ, in ways that are completely countercultural.

On their own, Hayley and Michael are award-winning, bestselling authors. Hayley is the author of more than thirty books, including Dateable; Marriable; Mean Girls; Sexy Girls; God Girl and The Woman of Mystery. She spent the early part of her career working for a little shoe company called Nike in Portland, Oregon, and one of the largest religious publishers, Thomas Nelson Publishers, in Nashville, Tennessee. In 2002, Hayley left Nelson and founded Hungry Planet.

She has been a featured guest speaker for such large events as Women of Faith, Precept National Women’s Convention, and MOPS Intl. Leadership Convention. She has also consulted on the creation and enhancement of some of the largest stadium events for young women in North America.

Michael has authored or co-authored a number of books including Cupidity; Marriable; The Art of… dating series; All In; Almost Sex; God Guy; and B4UD8 (Before You Date) which was the 2010 Christian Book of the Year in the youth category.

Michael’s background includes a degree in mass communication, hosting talk radio, coaching volleyball at the university level, working in digital publishing at the largest Bible software company in the world, and stints as a marketing and creative strategist for international organizations and ministries.

Hayley and Michael are married, and live with their daughter, Addison, on the shores of Old Hickory Lake just outside of Nashville, Tennessee.