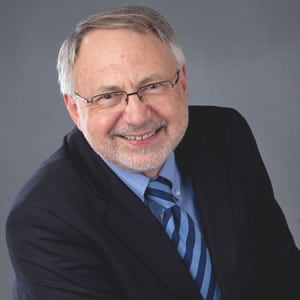 Terence “Terry” Ascott has lived in the Middle East and served as the leader for indigenous media ministries for more than 40 years. In 1973 Terry moved to Beirut, Lebanon and worked to launch an Arabic Christian publishing ministry. After the start of the Lebanese Civil War, Terry and his family evacuated to Egypt. In Egypt Terry launched an Arabic youth magazine called “Magalla”. This was the first Christian magazine to be successfully distributed on newsstands, in more than a dozen Arab counties. “Magalla” was published for over two decades and was, for many, their first exposure to the Christian faith.

While working on the magazine, Terry’s ministry became involved in other media projects including video production. In 1995 he, along with Middle Eastern Christian leaders and around twenty partner organizations working in the region, launched SAT-7: The first Arabic language Christian satellite television channel. The channel was a pioneer in many areas, breaking ground for other ministries to follow. In the years since its launch, SAT-7 has grown from a two-hour a week broadcast, to a network of five 24-hour channels: SAT-7 ARABIC (Arabic Christian programming for every age group), SAT-7 KIDS (the first and currently the only Arabic Christian channel for children), SAT-7 PLUS (The best Arabic programming from the other channels, broadcast to a different audience, over a different satellite), SAT-7 PARS (a 24 hour channel in Farsi/Persian, with some programming in Dari for Afghanistan) and SAT-7 TÜRK (Christian programming for 100 million Turkish-speakers in the region).

SAT-7 has more than 170 employees, mostly Middle Eastern nationals, who work in its offices and studios in Egypt, Lebanon, Turkey, Cyprus and the UK.

Terry holds a first class B.Sc. in Civil Engineering, with Honours, from Middlesex University, England. In December 2011, he was awarded the Honorary Doctor of Christian Ministries degree from Belhaven University “for extraordinary work and achievements in promoting Christianity throughout the Middle East and North Africa.”

He and his wife Jacqueline live in Nicosia, Cyprus and have three grown children and two grandchildren.

The Meaning of Christmas

with Barbara Rainey, Radio Shema,...more
Barbara Rainey, Terry Ascott, and Sarah from Radio Shema talk about what life is like in different cultures around the world, and why it is crucial to keep Christ as the focal point of Christmas. View Show Notes →

God at Work in the Middle East

with Barbara Rainey, Terence Asco...more
Dr. Terence Ascott talks about the amazing ways God has opened doors to present the gospel in the Middle East. Terence reports that more and more people are leaving Islam, and are turning to Christianity. View Show Notes →