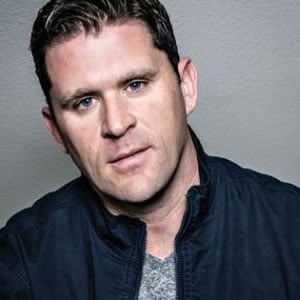 Matt grew up in Athens, Texas. Like many east Texas families, Matt's parents faithfully attended their local congregation and made certain that Matt did as well. He prayed to receive Christ at 8 years of age. However, Christ was not the focus of his life on a daily basis. Matt is confident that he was saved at this point because he could no longer enjoy sin - even when he tried - but he had not yet touched the holiness of God.

He attended Texas A&M with plans to go to medical school after graduation. He was in the Corp of Cadets and was a Ross Volunteer. During his freshman year, he achieved the popularity and success he had looked forward to before college. He also began to realize that those things weren't as fulfilling as he expected them to be.

During Christmas Break that year, he went on a ski trip with his girlfriend's church group. Although she broke up with him early in the week, he couldn't be more grateful that he went. As he was feeling awkward hanging out with his now ex-girlfriend's friends, an upper-classman on the trip had compassion and befriended him. When they returned to College Station, Brett invited him to a Bible study that met on campus. Matt decided to check it out. He experienced a deeper level of worship than he had ever encountered when he did. The students around him sang a song he had never heard before, "Lord, you are more precious than silver/ Lord, you are more costly than gold." As he joined their song, he recognized that the words were truth. He realized that his life and priorities would have to change drastically because of that truth.

He began attending Central Baptist Church and, for the first time, truly made the Lord the focus of his life. Things began to fall into place and have a sense of purpose for him. He had encountered the presence and holiness of God; his life was changed.

One Church Responds to the Orphan Crisis

with Aaron Ivey, Matt Carter
Hear how Matt Carter and Aaron Ivey encouraged their church to join them in the mission of orphan care. View Show Notes →