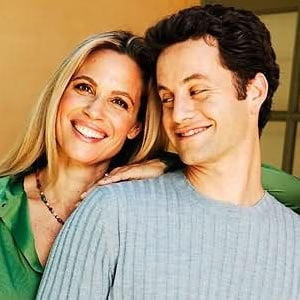 Kirk is best known as the lovable teen heartthrob Mike Seaver, of the award winning series Growing Pains. He entertained audiences worldwide as the charming troublemaker. He is also known to many Christians as "Buck Williams" from the Left Behind films -- based on the NY Times runaway best selling novels by Tim LaHaye and Jerry Jenkins. Kirk's most recent role was playing the part of "Capt. Caleb Holt" from the 2008 blockbuster movie success, Fireproof.

But much more noteworthy than his acting career was his conversion to Christianity. Kirk was not raised in a church-going home and describes himself as a devout atheist from a very young age. By the age of 14 he was so convinced there was no God that he laughed at those who thought there was. But that all changed one afternoon as he sat in his sports car pondering the first Gospel message he had ever heard.

Kirk continues to be actively involved in quality family entertainment and travels throughout the country, making the most of every opportunity to further the Gospel. He speaks in schools, churches and at community events. He is also a producer and host of The Way of the Master television series.

Kirk and his wife Chelsea have six children and live in southern California.

Celebrity Spotlight on a Christian Marriage

Forgiveness is a Process

with Kirk and Chelsea Cameron
One key to a successful marriage is forgiveness. Chelsea Cameron explains the biblical imperative to forgive. View Show Notes →

Wooed Away From Home

with Kirk and Chelsea Cameron
The drift toward isolation in marriage is common to every marriage. View Show Notes →