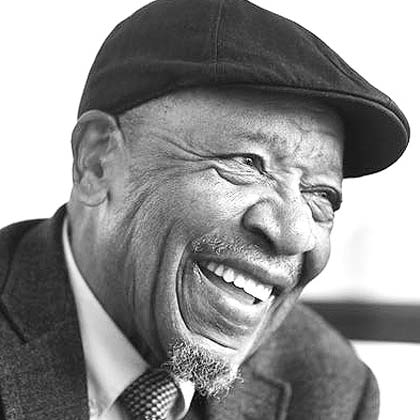 The son of a sharecropper, John M. Perkins was born into Mississippi poverty. When he was 17 years old, he fled to California after his older brother was murdered by a town marshal.

Although Perkins vowed never to return, after he accepted Christ in 1957, he returned to his boyhood home in 1960 to share the gospel of Christ with those still living in the region. His outspoken support and leadership role in civil rights demonstrations resulted in repeated harassment, imprisonment, and beatings.

One of the leading evangelical voices to come out of the American civil rights movement, Dr. Perkins is also an internationally known author, speaker, and teacher on issues of racial reconciliation and Christian community development. In 1989, he co-founded the Christian Community Development Association, a network of evangelical congregations and organizations working in urban settings. Discover more about his and Vera Mae’s legacy.

Despite dropping out of school in the third grade, Dr. Perkins is an author and international speaker and teacher on issues of racial reconciliation, leadership, and community development. For his tireless work, he received honorary doctorates from Wheaton College, Gordon College, Huntington College, Geneva College, Spring Arbor University, North Park College, and Belhaven College. In 2006, he was named distinguished visiting professor at Seattle Pacific University.

He has written and co-authored more than a dozen books, including One Blood: Parting Words to the Church on Race (2018), A Quiet Revolution, Let Justice Roll Down, Beyond Charity, He’s My Brother, and A Time to Heal. John Perkins has served on the board of directors of World Vision, Prison Fellowship, National Association of Evangelicals, Spring Arbor University, and more than a dozen others.

The Center is a first-of-its-kind partnership, and what Perkins describes as “the fulfillment of a lifelong dream.”

with John M. Perkins
Dr. John Perkins saw and endured horrific racism. But God convicted him of his own hateful reaction and inclined his heart toward racial reconciliation through the gospel. Listen to his conversation with Kim Anthony. View Show Notes →

with John M. Perkins
Dr. John M. Perkins, a leader in the civil rights movement, was tortured by white police officers while he was in jail in 1970. Instead of returning evil with evil, God gave him a desire to preach a gospel that could save blacks and whites together. View Show Notes →