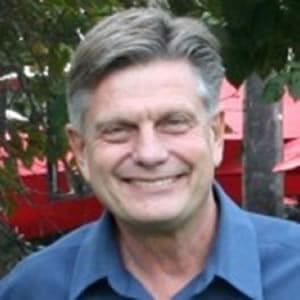 Jim Vander Spek was born in Canada into a Dutch immigrant family and attended schools in Canada, the Netherlands and California. He went on to graduate from Azusa Pacific University and also attended Fuller Theological Seminary for a few years.

After beginning his business career working for several not for profit organizations, Jim eventually became a consultant and a CPA. In 1979 he started the CPA practice of which he is still a part.

While in College, Jim married his lovely wife Marsha, who was his High School sweetheart. They have two children and six grandchildren, all of whom are living in actively Christian, intact families in California. In his free time, he likes to surf.

For over twenty-five years Jim and Marsha have been an active part of Cross Connection Escondido (formerly Calvary Chapel Escondido). He has also served on the boards of various non-profit organizations and is currently the treasurer of Shepherd’s Staff Missionary Facilitators.

In 2005 Jim began writing about overcoming lust. A series of articles and Bible studies became the basis for a book which was published in 2011 and revised in 2014. In addition, Jim maintains a blog at overcoming-lust.com.

with Heath Lambert, Jim Vander Sp...more
Heath Lambert and Jim Vander Spek join forces to talk about overcoming lust. Having dealt with lust themselves, Heath and Jim tell how they found freedom from this particular sin. View Show Notes →

Winning the Battle Over Lust

with Heath Lambert, Jim Vander Sp...more
You can overcome lust and find freedom with God's help. Biblical counselor Heath Lambert and businessman Jim Vander Spek share their stories and how each of them dealt with lust in their own lives. View Show Notes →