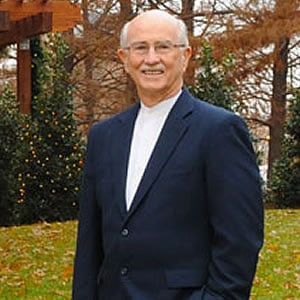 Co-Founder of Opportunities Unlimited and a Licensed Marriage and Family Therapist (M.F.T.), Gordon established his practice in California for 13 years before moving to Oklahoma in late 2006 where he currently practices in Edmond. He has Masters Degrees in Education and Marriage & Family Therapy. He has been a Consultant for the California State Dept. of Education and has over 32 years' experience as a Public School District Administrator.

Gordon's understanding and respect for people from all walks of life can be attributed to his experiences in both the public and private sectors. He uses counseling tools that are pragmatic and productive to help each person become the very best they can be.

Gordon and Carri have been married since February 1986. Both were previously married; Gordon for 18 years, and Carri for 13 ½ years. Gordon brought three sons to the marriage and Carri brought two daughters. They now have ten grandchildren, and were legal guardians of Carri's oldest granddaughter, born in 1990.

The Taylors have experience speaking to conferences, churches, businesses, large and small groups, as well as conducting trainings for both the public and private sectors. They have two DVD Series with Study Guides: www.DesigningDynamicStepfamilies.com and www.ChildrensToughTruth.com (The generational impact of Children of Divorce and Stepfamilies).