Was It Time to Give Up on Their Marriage?

For three years after Lori and Henry Thames married, their home was filled with chaos. Their children often heard Lori and Henry yelling and slamming doors. It got so bad that one morning Lori said, with tears in her eyes, “I don’t know if we can do this anymore.” 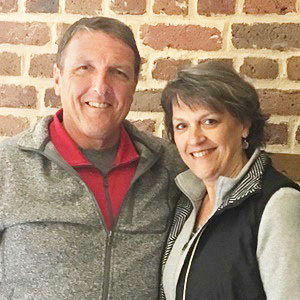 What had happened to the Lori and Henry who reconnected 22 years after their high school graduation? Whose renewed friendship had drifted unexpectedly into love and then marriage? The couple who thought, with some hard work, that they could blend her four children and his three into a happy household?

It turned out that joining their two families together was a lot more difficult than either Lori or Henry imagined. For one thing, they had problems with their exes.  Lori’s ex-husband was not paying the court-ordered amount of child support, and Henry was paying too much. Lori’s ex lived in the same city while Henry’s ex lived out of state. And whenever his kids traveled back and forth between homes, Henry had to pay all of the travel expenses.

As a high school coach and teacher, Henry’s students and athletes knew disrespect or misbehavior meant extra laps on the football field or added work in the classroom. So to Henry it was natural to give tough consequences. He often had his children and Lori’s work out their differences by doing some physical task, like moving firewood.

And Lori thought this was too harsh. Her usual approach to misbehaving kids was to send them to their rooms. To Henry, that was too lenient. “They only found something else to entertain them,” he says.

By October 2005, life had simply worn Lori and Henry down. So much so that one morning, while getting ready for work, Lori sat on the bed and asked Henry if they should divorce. Exhausted, they never seemed to find time for just the two of them. What kind of marriage did they have anyway?

When Lori mentioned divorce, Henry said, “If that’s what you want to do …”

“It’s not what I want to do,” Lori said, “But we can’t continue to go on like this if something doesn’t change.”

That’s when Henry picked up his Bible and pulled out a Weekend to Remember marriage getaway brochure that a friend had given him. A getaway would be in Charleston, South Carolina, in just two days.

He tossed the brochure on the bed. “Here’s the only chance we’ve got,” he said. He stormed out of the room and slammed the door.

Later that night Henry and Lori argued about going to the marriage getaway:

“We don’t have the money and there’s no one to watch the kids.”

Back and forth they went. Yet somehow they worked it all out.

As a last ditch effort, Henry and Lori Thames decided to give the Weekend to Remember a try.

They argued the night before the marriage getaway and during the drive to the hotel. As they entered the conference ballroom, a romantic weekend was the last thing on their minds.

On the first night, when a speaker said, “Your spouse is not your enemy,” he had their attention. Henry and Lori realized they had acted like enemies for the three years of their marriage. They needed help.

The getaway speakers explained how to resolve conflict in a healthy way. And during a communication project Henry and Lori each wrote down things that bothered them about their marriage. They talked respectfully to each other about their complaints, tore up their lists, and tossed them in the trash.

The biggest change for the Thames began during a couples project where they were asked to write love letters to one another. Henry started on his letter right away, while Lori, feeling no inspiration, prayed, “Alright, Lord, You just have to give me those words because I’m just not feeling it.” And sure enough, soon the words began to flow.

After they finished their letters, they walked together through the hotel’s atrium where they saw couples sitting at small tables, clasping hands, and crying. It was a defining moment for Henry and Lori. They thought of it that night when they read their love letters to one another with tears flowing down their own faces.

Later sessions helped them understand that they had different, but equal roles in marriage. Henry vowed to do a better job of leading his home. To take the initiative, even though he had a more passive tendency. He also realized that sometimes his requests to Lori and the kids sounded more like barking commands.

Although Lori had prayed for her husband to lead their home, she was not really encouraging this. A strong, confident woman, she was not afraid to make hard choices. So if Henry delayed making decision, she had a tendency to jump in. Now she vowed to step back and allow Henry lead.

‘Things will be different’

When Henry and Lori returned home, they gathered the children around a couch and stood in front of them. “Things will be different,” Henry told the kids. “You will see different parents leading this family. We are now on the same page as far as how you will be raised.”

At first the kids took a watch-and-see approach. But soon they saw their parents holding hands and talking, and they had never seen that before. And for the first time, Henry and Lori began to pray together.

When one of Lori’s kids came to her with a request, instead of giving an immediate answer she replied, “Let me talk with Henry and get back with you on that.” And Henry said the same to his children. 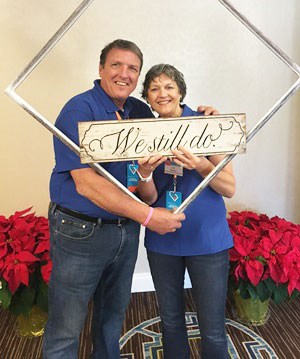 The Thames say the Weekend to Remember saved their marriage. They were so excited about what they learned that they immediately became local FamilyLife volunteers.

Since their first getaway in 2005 they have volunteered at approximately two marriage getaways every year. For four years they were the city ministry directors for Charleston.

Since 2011, the Thames have given themselves a special week every year on FamilyLife’s Love Like You Mean It® marriage cruise. Whether they relax by the pool, listen to a speaker, or enjoy a musical artist’s performance, the cruise is a time for them to completely unplug from the world.

One year on the cruise, they experienced another breakthrough in their relationship during a private ballroom dancing lesson with Stuart and Tracy Palmer. Observing Lori’s tendency to take control on the dance floor, Stuart said, “Lori, you lead your family, don’t you?”

“You need to learn to wait for Henry to lead you,” he said.

Even though she had been trying to follow Henry’s leadership in their home for years, with Stuart’s words she realized that it was still her usual pattern to jump in. She had not been patient enough to allow Henry to make mistakes as he tried to step up and lead.

And Henry was reminded of something he already knew—that he needed to be more intentional in assuming the servant-leader role of his home.

The last thing Stuart said to the Thames before they disembarked that week was to look each other in the eyes and smile when they danced.

Lori still remembers doing a slow dance soon after the cruise. As she looked Henry in the eyes, she was grateful that God had fully restored their marriage. She describes their marriage today in four words, “We are so happy!”

Talking through their problems

She smiles as she thinks of the daily notes Henry leaves her on a chalkboard in their garage. Sometimes she takes a picture of the message to remind herself of how blessed she is to have such a wonderful husband.

Like all couples, they still have their disagreements. But now when things get tense, instead of slamming doors and yelling, they talk through their problems. Before they begin tough conversations, Henry and Lori will walk into their kitchen together. He takes her hand. Then they gaze into each other’s eyes … and dance.

And often, their children are watching nearby