They Left the ‘Rat Race’ to Save Their Family

In many ways, Allen and Carmella Bryant appeared to be just like any other typical American couple—always on the go, every moment of every day packed … busy. 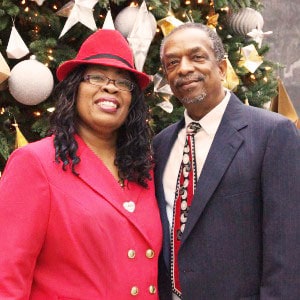 But in one very important way, they were very different. They finally realized that they had to get out of the “rat race” … before it destroyed their marriage and their family.

Allen worked a full-time job and also served as an assistant pastor at Confirmed Word Faith Center in Cleveland, and he rarely had a chance to slow down. Church came first, and then family.

“Sunday was the main service, and on Wednesdays we had the choir rehearsal, prayer, practice … you had something of everything going on,” he says. “Whatever someone needed, I was there, basically. If a call came in, if somebody needed something, okay, let’s go and take care of it.”

Carmella says, “As long as we ate dinner together, it seemed like it was good.”

But those dinners didn’t always happen. A new church building was being renovated, and the men of the congregation put in a lot of hours volunteering to get the work done. Sometimes Allen would go straight from work at the office to work at the church all evening. So Carmella would pack up dinner and the kids and head to the church so she could spend a little time with her husband while he ate.

It was a frustrating time for her. During the day, she homeschooled the children and longed for someone to talk to at the day’s end. “I didn’t know how to communicate to my husband, and when I tried, I felt as if he wasn’t hearing what I was saying, so I would just shut down,” she says.

It felt like the family was on call 24/7 since they lived near the church and Allen was the associate pastor. “If somebody needed to get in the building, they’d call us,” Carmella says. “People thought that just because we lived close by and had keys, we could just do whatever needed to be done.”

Allen didn’t feel the pressures that Carmella did. He enjoyed the evenings working at the church with the other men, so he didn’t recognize Carmella’s needs or the strain his family was experiencing. “The children, being pastor’s kids, were under pressure—everyone telling them what to do, what not to do. Allen was oblivious to it all. He figured if we were going to church, we’re all right,” Carmella says.

They finally reached a point where they knew they needed help. They tried a few marriage counselors, which didn’t seem to have much impact. Then they learned about the Weekend to Remember® marriage getaway.

Carmella said she knew they needed to check it out, even though she didn’t really have any special expectations about the weekend. “I just wanted help, whatever way we could get it,” she says.

They got exactly what they needed when they learned about the importance of “oneness”—a memorable term that describes being united and working together as a couple. This was the key they needed to help them learn how to slow down, talk to each other, and break through the tough barrier of isolation that had gone up between them.

They began working to achieve oneness immediately by signing the marriage covenant they received at the getaway. Each child signed it alongside their parents. “They were our witnesses that we were going to work together, and they thought it was a blast that their names were on it,” Carmella says.

Out of the rat race

So their quest for oneness began … but it took a while to make real progress. “Our life was still so out of whack,” Carmella says. “We were running and doing so much with the church; we didn’t have time. And so we finally sat down and said, ‘Wait a minute. This is crazy. We have to stop, and we have to put the family first.’ So we decided to have a family night every Friday night. Nothing could change that unless everyone agreed.”

The family’s resolve was put to the test when their church began scheduling meetings on Friday evenings. When one of the first Friday meetings was announced, Carmella stood for her family and said they wouldn’t be able to attend.

The pastor wasn’t happy with that answer, so he asked Allen about attending. Allen replied, “No, that’s our family night.”

Carmella acknowledges that it’s not always easy, and it takes a special effort to always act as one. “I made a decision once without checking with Allen,” she says. “He didn’t say anything negative, but I knew I had crossed that line. I had to go back and ask forgiveness because even though it was something small, it was big enough to tear the oneness.”

Now that they’ve experienced the value of “oneness,” they often see examples of it in everyday life … and, as Allen notes, they recognize how easily it can be destroyed.

“I remember we were on vacation once in New York City,” Allen says. “We were walking along nice and slow, like we do in Cleveland, our hometown. But people are zooming in New York City. We were holding hands, and people were just trying to bust through the middle of us. It reminds me that people are just trying to destroy that oneness that we have. We’re just one. It’s not a competition. We’re on the same team together.”

Allen and Carmella say they’ve come a long way, and a lot of things have changed for the better since those days. They work together, minister together, and spend plenty of time enjoying each other’s company. But one thing that won’t change is the Weekend to Remember: They’ve been to eight, and they intend to keep going.

“You think you know what you’re doing,” Allen says. “But we always learn something new every time. That’s why we keep coming back. We don’t know enough.”

Investing in your marriage

Carmella agrees. “For every couple, investing in your marriage is one of the key things that will help you survive,” she says. “You know, we have a lot pulling at us, so it’s like you’re fighting to stay married. But when you sow into your marriage, you grow together and learn together.”

It doesn’t stop with husband and wife. “I think what a lot of people don’t realize is that our example of marriage is what our children will learn,” Carmella says. “When one of our sons got older—I think he was about 18 or so—he woke me up at 1:30 in the morning just to say, ‘Mom, thank you and Dad for staying together.’ All of his friends’ parents were separated. When he said that, I started crying. It was all worth it.”

with January 31, 2023
Today, I'm talking to kids in single parent families and blended families and the adults who love them.