I had a surprise for my fiancé, Jose, back in 1997: I was pregnant. After the initial shock wore off, we decided to move our November wedding up to July. But that caused a problem. Jose couldn’t get out of his apartment lease. 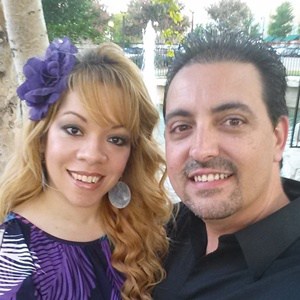 So for the first two months of our marriage, it was me, Jose… and his two old roommates. It was one of the most difficult and embarrassing situations of my life.

Jose and I finally moved into a house after a couple months. At last we had a place of our own. But soon after, my mother moved in with us. She had been physically and emotionally abused by her second husband and we feared for her life.

Jose and I thought the extra person in our home would be a temporary situation. Instead, it marked the beginning of years of extended family living with us.

There were many frustrations that came with a crowded house—but we didn’t talk about them. The problem was that we didn’t know how to handle conflict. Neither of us was confrontational. We had each learned as children to be quiet, to keep the peace. But keeping the peace was destroying our marriage.

Not what I signed up for

Jose and I look at life very differently. I am artistic by nature and would rather be gardening or decorating the house instead of cooking or cleaning. I’ve never been able to see myself following a schedule—especially the same schedule every day.

Jose, on the other hand, is more structured. He likes dinner served at a certain time. If he came home and dinner had not been started, instead of complaining to me he’d just prepare it.

By year two of our marriage Jose and I rarely communicated about anything that really mattered. We existed in the same house; we lived in different worlds. I said to the Lord, I don’t know why I married Jose. I know that I am supposed to be obedient, Lord, but this marriage is not what I signed up for.

I began praying and praying. I begged God to give me the strength to work on my marriage. I didn’t want us to become another divorce statistic.

About the same time a friend entered my name in a drawing on my local radio station, WAY-FM, for a Weekend to Remember® marriage getaway. When I won, I knew that God had heard my prayers. Jose and I were excited about what God might have in store for us, yet neither of us knew what to expect when we went to our Weekend to Remember in West Palm Beach, Florida.

Our marriage was in serious trouble. But we wanted it to work and began the weekend with open hearts and open minds. We were determined to put into practice whatever the speakers would tell us.

The Weekend to Remember gave us a biblical foundation for our marriage. It taught us how to fight—how to properly talk about the things we didn’t like about each other. We discovered how to communicate disappointments with love and respect, and how to share our frustrations instead of bottling them up inside.

After the getaway we led a small group through Building Your Marriage, one of the Bible studies in The Art of Marriage® Connect series. Through it we learned many more practical ways to prevent isolation in our marriage.

In the past, if Jose or I saw something that needed to be done (such as preparing a meal or cutting the grass), we’d just do it to keep the peace. That changed after attending the Weekend to Remember and going through the Bible study. We now talk with one another before jumping in and taking action.

For the first year after the getaway, if Jose and I started having problems in our marriage, we took out our conference manual and Building Your Marriage to Last. We would again apply the principles they contained. I’d remind myself that my husband was on my team—he was not my enemy.

Despite the progress in our marriage, we had setbacks. We got drawn into some family problems and neglected our own relationship. By the seventh year of marriage, Jose and I once again needed help.

So we went back to what had saved our marriage: We once again pulled out our Weekend to Remember manual and our copy of Building Your Marriage and re-read them together.

God impressed on our hearts that we had to confess any hidden sin. Jose confessed a struggle with pornography—one he had even before we married. I was shocked.

Although I felt betrayed, I made the difficult choice to obey God and continue the marriage. And God began to heal our relationship.

After much prayer, we decided to move to Memphis, Tennessee, even though we had no jobs there, no family, and no friends. Shortly after we arrived, we received an email saying that FamilyLife needed some volunteer help promoting an upcoming Weekend to Remember getaway in the area. Jose and I decided to help out.

Eventually, Jose and I became volunteer city ministry directors in Memphis for FamilyLife. And as a follow-up to the Weekend to Remember, we organized Bible studies in The Art of Marriage Connect series.

The transformation that we have seen in ourselves and in other couples through The Art of Marriage series has been amazing. At the end of our Building Teamwork in Your Marriage study, we asked the husbands and wives to wash one another’s feet. There were so many tears. One wife felt unworthy for her husband to wash her feet. When he did, he said that he had to take care of her as a gift from God.

The choice we make every day

Today Jose and I live in Texas with our two sons, daughter, and my mother. Instead of extended family driving us apart, Jose and I have learned to draw closer together and depend more on one another. Now we openly share our concerns and feelings and take time for needed breaks.

We have continued to strengthen our marriage by attending Weekend to Remember getaways and by going on several Love Like You Mean It® marriage cruises. Regularly investing in our marriage has kept our relationship strong. Yet every day we have to choose to love one another for the next 24 hours.

I’m so thankful that God is at the center of our relationship. We are forever grateful that we went to that first Weekend to Remember getaway where we learned about God’s blueprints for marriage.

Today people look at our relationship and tell us, “Your marriage is perfect.”

“Oh, no,” we say, “but when something arises we now know how to handle it correctly and biblically.”

with Dennis Rainey January 31, 2023
Are you married to someone from a different culture? Is that stressful?