A Marriage Raised From the Dead

Less than 12 months after Tim and Teena Hoover married, their vows to God and to one another were shattered.

Before Tim and Teena Hoover walked down the aisle in their 1984 wedding, Tim’s parents told him, “Don’t even put divorce in your vocabulary.” But their marriage didn’t get off to a very good start that day. As Teena says, “He was stoned and I was slightly intoxicated.” 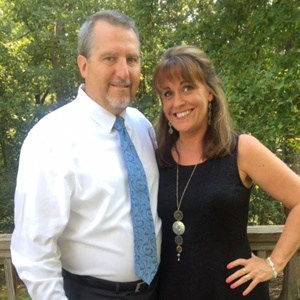 They were young (Tim was 21 and Teena 18), and they had only two sessions of premarital counseling before their wedding. They weren’t prepared to build a solid marriage.

At the time they were working different shifts, and they only saw each other on weekends. Before long, Teena realized that Tim was not meeting her need for male companionship. So she sought it elsewhere.

“We were not married even a year before I started having an affair,” Teena says. When Tim found out, he left his bride and moved more than 100 miles away to work for his brother.

And about six months later he began seeing another woman. As Teena recalls, “I was anorexic. I was doing a lot of cocaine and was bulimic. Tim was doing drugs … we had a lot of issues going on.”

After they had been separated for about 18 months, Teena received an unexpected call from her husband. He said they could not continue living as separated spouses. He wanted to move on with his life, and he said she had a choice: either get back together as husband and wife and live under the same roof, or get a divorce. “This week I need to know if we are going to get divorced or not,” he told her.

After some thought, Teena decided to give their marriage one last chance. “Get down here!” she told Tim. And he did just that.

He and Teena stopped their sexual affairs after they got back together. But they continued to be involved with drugs and alcohol. It wasn’t long until their relationship seemed doomed.

After being together again for less than a year, Teena spoke to a divorce attorney. It was now her turn to issue an ultimatum. She told Tim, “Choose alcohol or me.” Tim was speechless. He told Teena that he would have to think about it.

Tim loved his wife, but he also loved alcohol. And he felt powerless to end his love affair with the bottle. “I was not happy at all about giving up alcohol,” Tim says. “It had a stronghold on me.”

“Where do you go to church?”

Tim and Teena wanted to make their relationship work, but they didn’t know how. They were both raised in church and knew something was missing in their lives. So when they saw a couple praying in the pizza parlor where they were eating, Teena walked up to them and asked, “Where do you go to church?”

The next day, while walking through a mall, the Hoovers picked up a gospel tract. They were amazed that it was from the same church and decided to give it a try. The first time they visited it, they saw some brochures for FamilyLife’s Weekend to Remember® marriage getaway scattered on a table. They picked one up.

Not knowing what to expect, Tim was understandably nervous when he walked into a hotel ballroom filled with 500 people. “I was afraid that I was going to have to spill my guts and tell people about things,” he says.

Tim says a message on the opening night of the event “opened up a lot of really bad wounds that were already festering.” But it also gave them hope because the speakers shared stories about isolation in their own relationship.

Teena says the message struck home so much that it seemed like someone had told the speakers about her marriage. At that time the Hoovers thought everyone else in the ballroom had life all together. They did not realize that most of the couples in the ballroom had their own struggles.

The next morning, during a presentation of the gospel, the Hoovers began to understand their real problem. Quietly, without telling each other, both Tim and Teena gave control of their lives to Jesus Christ. And this relationship with Him changed their lives and their marriage.

That weekend they prayed together for the first time. “That was huge for us,” Teena says. “It was like someone had turned on a defroster in my heart.”

When Tim and Teena left the Weekend to Remember getaway they were different people. They had a blueprint for their marriage and a belief that, with Christ, they could make it work.

Teena describes that first marriage getaway as the initial step on a five-year road of healing. It began with accepting the payment Jesus Christ had made for their sins and then forgiving one another. It was actually easier for Teena to forgive Tim than it was for her to forgive herself. “Especially for me with the abortion,” she says.

She finally was able to release her guilt when her mother said she was putting herself above Christ when she would not forgive herself. That made sense to Teena.

The next year, Tim and Teena went to their second marriage getaway. That’s when her heart began to warm up to the thought of having children.

Before the Hoovers married, they had aborted their first child. Teena disliked children. In the early years of her marriage, she would even ask for the “smoking, no children” section when she went into a restaurant.

Her feelings began to change through one of the getaway speakers, Joy Downs, who talked about the importance of multiplying a godly heritage. By the end of their second Weekend to Remember, Teena wanted to have children.

The Hoovers continued to work on improving their marriage by going to a Weekend to Remember every year. And they also became church representatives for the getaway. Why? Because they wanted to help others.

Eventually, the Hoovers became Weekend to Remember directors in South Florida, a volunteer position they filled for 10 years. And in 2002, Tim and Teena joined the full-time missionary staff of FamilyLife. They wanted to dedicate their lives to giving the same hope to others that they received at that first Weekend to Remember. Tim is now a planner for getaways and Teena serves as a resource center coordinator.

“I think of the miracles that are going to happen”

It’s not unusual to find Teena standing in the back of a ballroom before a Weekend to Remember begins. As she looks across the empty room and sees hundreds of vacant chairs, she not only prays but also often weeps. “I think of the miracles that are going to happen that weekend,” she says.

The Hoovers can’t help but notice the couples who begin getaways with an extra chair between them, or sit on opposite sides of the ballroom. And as they watch those same couples move closer together and then repeat their wedding vows on Sunday, sometimes the Hoovers get emotional, remembering their own story. Teena often has to look for a tissue to wipe her tears. “We were there,” she says.

She and Tim know that the pressures of life will hit the struggling couples when they leave the getaway. “But if they will just remember what they learned,” Teena says, “and just take a piece of it and hang on to something—the hope only Christ can offer.”

When couples tell the Hoovers there is no hope for their marriage and ask, “Can a dying marriage be saved?” or, “Why even try?” they often tell them their story.

It’s a story of about repeated affairs, illegal drugs, bulimia, and alcoholism. A story of redemption that would be unbelievable except for one thing—the  amazing power of God.