Go Back To All Resolving Conflict Articles

Abigail was married to a foolish and cruel man. Her husband, Nabal, was wealthy but selfish. While David was fleeing King Saul, he and his men camped for a time where Nabal’s servants were herding sheep.

David’s entourage treated Nabal’s shepherds honorably, and David expected Nabal to be grateful and hospitable in return. Rather than being thankful for David’s protection, however, Nabal insulted him by disrespecting David’s greeting and refusing his request for provisions.

David did not respond well to Nabal’s stingy and disrespectful behavior. Enraged, he swore vengeance on Nabal’s entire household. One of the servants saw what happened and ran to tell Abigail. He begged her to come up with a plan, because he knew it was useless to talk to Nabal. He said, “He is such a wicked man that no one can talk to him” (1 Samuel 25:17, NIV).

Although Abigail was married to a destructive person, she is described as both beautiful and intelligent. Her servant affirms this when he trusts that she will figure out what to do next. Abigail wasted no time; she knew what she must do and quickly did it. First, she prepared a feast to take to David and his men. She sent her servants out ahead of her, but she did not inform her husband what she planned.

Meanwhile, David worked himself into a rage as he brooded over Nabal’s sarcasm and mistreatment. As Abigail entered the ravine, she saw David, thirsty for vengeance, getting ready to massacre every male in Nabal’s household. She scrambled off her mule and bowed herself low before him.

Abigail did not make excuses for her husband’s poor behavior. She told it like it was, basically saying: “I know Nabal is a wicked and ill-tempered man; please don’t pay any attention to him. He is a fool, just as his name suggests” (verse 25). Miraculously, Abigail also takes responsibility for what happened. “I accept all blame in this matter, my lord,” she said (verse 24). She protected her husband and her household by putting herself on the line.

We know that Abigail acted wisely and resourcefully by the way she handled the situation, but we also know that she feared God. She knew what to say to help David remember that he was God’s anointed king, and she encouraged him to rethink his plan for vengeance. Abigail humbled herself before David and asked for his forgiveness, which allowed him to rise above his anger and trust God for justice against Nabal.

I’m certain that, just like any other woman, Abigail longed for a husband who would cherish her. She stayed married, yet she did not allow her husband’s selfishness, harshness, or foolishness to destroy her. She demonstrated remarkable presence of mind, resilience, and inner beauty in spite of her circumstances. She chose to become a God-centered woman, and that choice kept her husband’s wickedness from rubbing off on her.

Over the years, I’ve worked with women and men who, like Abigail, have healed and grown in spite of the destructive people around them. I’d like to tell you about some of the steps they have taken to enable that process to occur. There are three things we must learn to let go of if we want greater healing and maturity in our lives.

1. Let go of unrealistic expectations. One of the things that kept Abigail sane in her marriage was her deep roots in reality. She did not entertain any idealistic notions about her husband suddenly doing something noble or loving. She knew who he was, and that’s who she expected him to be. Abigail was not shocked by Nabal’s behavior toward David and his men.

Many individuals remain unhealthy in destructive relationships because they keep hoping that the other person will eventually become someone different. When that doesn’t happen, they feel angry, hurt, disappointed, and frustrated because somehow they still expect change. One common definition of insanity is doing the same thing over and over again while expecting different results. First recognizing and then releasing our unrealistic expectations of others is a crucial element in gaining greater mental and emotional health.

I reached a turning point in my own life when I finally said goodbye to the hope that somehow my mother would change. I resisted doing this because I so desired her to be in my life, and I wanted her to apologize for all the pain she caused. I didn’t want to accept that she might never see her problem, or that I couldn’t make her see it, nor could I make her do anything about it even if she did see it.

Letting go of what we want feels horrible at first, much like grieving a death. I had to accept that my mother was not going to play the role I wanted her to play in my life. As we go through the normal stages of grieving from denial to anger and bargaining and finally to acceptance, we feel deep pain and sorrow. But in the end, going through the process empowers us to move on with our lives. Staying stuck in denial or anger doesn’t help us live maturely or abundantly now.

2. Let go of negative emotions. As we practice letting go of our unrealistic expectations, we may still fight negative feelings that we can’t shake. A client named Richard did not have any expectations about a better relationship with his parents, but he stayed stuck because he allowed his understandable anger and hurt over the abuse he suffered in his home as a child to harden into bitterness, hatred, and strong resentment. These negative emotions colored his mood and shaped his disposition, which in turn disrupted his present life. In order for Richard to grow healthier, he needed to learn how to release his destructive feelings.


Grab our new online course on Financial Freedom for Couples!

It’s amazing how ensnared we become by our negative emotions and moods, and how helpless we feel to move beyond them. But each of us knows how to let them go when we need to. One day I felt rather cranky and miserable and let everyone around me know it. Then the phone rang. When I answered it, I heard myself say in the sweetest tone, “Hello.” Suddenly I got it. For a phone call, I let go of my negative feelings. After the phone conversation, I noticed my crankiness was not nearly as potent. Now don’t get me wrong: I could have easily revved it back up, but that time I chose to let it go entirely. As a result, I had a much better day, as did the people around me.

Some people choose to hold on to their resentment, believing that staying mad is a way of punishing the offender. That’s what Richard was doing. He didn’t want to forgive his parents or let go of his bitterness. He wanted them to pay for what they did to him. Of course, his parents weren’t paying the price; he was, as were his wife and children.

Having emotional and spiritual maturity doesn’t mean we don’t feel our emotions when someone treats us poorly. Becoming whole and holy means we don’t retaliate or seek revenge when they do. We forgive them and do them good, not harm, even if the relationship is broken.

3. Let go of lies. When someone has been in a destructive relationship for any length of time, especially as a child, lies may feel more real than the truth does. But it’s crucial for your mental, spiritual, and emotional health that you learn to detect the lies you have been told, the lies you tell yourself, and the lies you believe, and then replace them with the truth. If you have been told repeatedly that you’re stupid, ugly, incapable, or worthless by those you thought cared about you, it’s extremely difficult not to believe it, at least a little bit. When you believe the lie that you are small and others are big, you feel helpless and powerless.

One of my favorite childhood movies was The Wizard of Oz. When Dorothy approached the wizard, he frightened her. He made everyone believe he was big and powerful. But one day when the wizard was ranting and raving about how powerful he was, Dorothy’s little dog, Toto, wandered behind the curtain and exposed the truth. This supposedly powerful man wasn’t a wizard at all, nor was he very big. The truth was that he was a rather small, ordinary man, who only pretended he was big.

Like the wizard, many verbally abusive people appear larger than life to us. Their intent is to make us believe that they are so strong and powerful, we’d better do exactly what they say. The truth is that they are mere mortals, and their ranting and raging is a cover for their own smallness. They only appear large if we believe we are small and helpless. If you want to break free from their grasp, you must let go of that lie.

The spiritual life is often a strange paradox. The way up is down; the first shall be last; to be full we must empty ourselves; to live we must first die; to find ourselves we must lose ourselves; and we gain more not by adding more, but by letting go.

Make a promise to yourself to regain your life by letting go. Then practice letting go of the things you know are weighing you down. Don’t worry about everything you don’t know about yet. God is patient with us. He knows growth and maturity take time. I’m still learning to let go. It is a lifelong process, but be encouraged. The lighter you get, the freer you are.

Adapted from: The Emotionally Destructive Relationship. Copyright © 2007 by Leslie Vernick. Published by Harvest House Publishers, Eugene, OR. Used by permission. 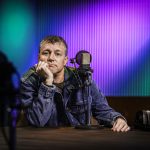