Establishing the New Normal in Your Marriage

Each of you brings a different background and a different set of expectations into your marriage. Here’s how to establish the ‘new normal.’

You’re snuggled in your warm bed, about to drift off to sleep. And then comes that dreaded question from your wife:  “Honey, did you remember to turn out all the lights and lock all the doors?”

That was our story during our first year of marriage. We lived in Boulder, Colorado, where the winter nights were cold and we loved our toasty electric blanket.  I remember the night when I collapsed into bed, totally exhausted, and Barbara brought me back from the edge of oblivion with a light poke.  “Aren’t you going to turn out the lights?”

It occurred to me that I’d been getting up for the past two months and experiencing mild frostbite and that perhaps it was her turn. “Why don’tyouturn out the lights tonight?” I retorted.

Barbara replied, “I thought you would because my dad always turned out the lights.”

A shot of adrenalin cleared my head like the sun piercing the fog.  And I shouldn’t have said it, but I did:  “But I’m not your dad!”

Well, that turned out to be a night when we practiced the scriptural admonition to not  “let the sun go down on your anger” (Ephesians 4:26).  You see, two forces clashed on that cold Rocky Mountain night—Barbara’s sense of normal and my sense of normal.  She felt it was the husband’s duty to turn off the lights because that’s what her father had always done.  That was normal to her.  But in my family of origin, that task was not irrevocably assigned to the male species.

For example, let’s examine some of the normals surrounding dinner time:

You could probably add to that list.  And that’s just one set of normals.  How about breakfast and lunch?  What were your normals regarding family entertainment?  Vacations? Birthday celebrations?  Christmas gifts?  Pets?  Handling finances?

Is your love for real? Find out in Bob Lepine's new book, Love Like You Mean It.

After I first wrote on this topic for an issue ofMarriage Memo, a number of readers wrote to tell about the struggles they faced with this issue.  One wrote:

I mostly have a problem with my wife when it comes to turning off lights and celebrating birthdays and having parties all the time. I prefer the light to be off when I sleep but she prefers the opposite.  Again, my wife believes that every birthday (including that of our children) must be celebrated with a lot of presents (if it’s the children, then they must have a party at school, which she does all the time).

Another described a conflict that arose when she and her husband were celebrating their seventh anniversary.  They had a new baby, and this would be the first time they left the baby with her mother while they went on a date.  The baby was fussy at night, so she felt they should go out for lunch, but her husband insisted on dinner.

We finally sat down and talked about how both of us were feeling.  I was upset because I did not feel he understood how nervous I was, and I did not understand why we had to go out for dinner instead of lunch.  It turned out that that was not his “normal.”  His family rarely went out to eat, and they never went out for lunch. You just had a sandwich for lunch at home. It did not seem romantic or special to go out for lunch to him. On the other hand, my family went out a lot more frequently and it was for breakfast, lunch, or dinner. I always loved going out for breakfast growing up, but my husband and I never do.  Now I understand why.

Creating a new set of normals

No matter how long you’ve been married, one of your priorities is to create a new set of normals in your relationship. And it’s especially important early in marriage.  In their book, The Most Important Year in a Woman’s Life, Susan DeVries and Bobbie Wolgemuth write, “Over the years we’ve seen couples in conflict over money or sex or in-laws, but what they’re really fighting about aren’t those things at all.  They’re really fighting about normal.”

A good first step is to commit to understanding each other’s normals.  Make it part of your vocabulary.  If you find yourself disagreeing about an issue, ask yourselves, “Is this a question of differing normals?”  You can create a spirit of discovery, where you can talk about normals in a way that doesn’t feel threatening.  Remember that, in most cases, different is not bad—it’s just different.

It’s amazing how honest communication, plus a good dose of flexibility, can help resolve conflict. In the above story about the couple celebrating their anniversary, the wife wrote that once she understood how their normals were colliding, she agreed to put aside her fears and go out for dinner.  “The baby was just fine with my mom,” she wrote, “We were able to enjoy our evening together because we had talked about where we both were coming from beforehand and were on the same page.”

A second step is to make choices together that reflect your priorities and values.  Let’s say that you grew up in a family that gave each other inexpensive birthday gifts, while your spouse’s family splurged and spent a lot more money.  As you consider how to celebrate your birthdays, this is an opportunity to make your own choices that reflect the importance you place on birthdays, and the number of banks you have to rob so you have enough to spend.

As you make these decisions, follow the guidance of Romans 12:10, which tells us to “give preference to one another in honor” (NASB).  In most of your decisions, your sense of normal will not be superior to that of your spouse.  If you both determine not to hold too tightly to what’s comfortable and familiar, you will find ways to compromise and honor each other and create your own normal in your new home.

So … who’s going to turn out the lights in your family?

Copyright ©2013 by FamilyLife. All rights reserved.

In His Corner: 32 Ways to Honor Your Husband

When Your Friend Struggles with Rejection in...

Rejection shows up at some point in most every stepparent’s life. If you’re not a stepparent yourself, you might wonder how to help. Here are a few ideas.
Read More

5 Ways My Dad Helped Me Transition into Adul...

As I made the transition into adulthood, I knew I could always count on my dad. Here are five ways he helped me grow as I became a young adult.
Read More 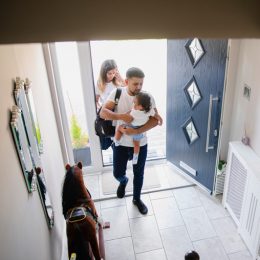 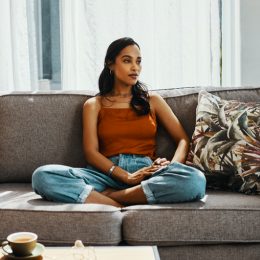 Trusting God with Your Barrenness