Go Back To All Choosing a Spouse Articles

After Three Years of Living Together, She Wanted More

Lance Miller and his girlfriend, Jess, were like a lot of couples these days: passionate, trying to make ends meet … and living together out of wedlock. Lance thought that was the normal course of a relationship: “You get a girlfriend. You live together. That’s as good as life gets.” 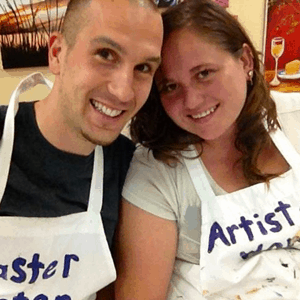 Only one person, Lance’s pastor at Christ the King Lutheran Church in Largo, Florida, said it was wrong for them to live together. “Nobody else said anything,” Lance says. “They just acted like this is just how things go.”

About three years after Jess moved in with Lance, the pastor said he wanted to groom Lance for ministry, but couldn’t because of his relationship with Jess. Then, about two weeks later, Lance happened to hear a radio ad for a Weekend to Remember® marriage getaway.

He recalls FamilyLife Today® co-host Bob Lepine saying, “If you are even thinking about marriage, then you need to be here at this conference.”

Lance asked Jess how she felt about their future together. She said that she had moved in with him because she thought they would get married one day. He was dumbfounded. “She actually wanted something more.” She wanted a commitment, but that word had never crossed his mind.

Now Lance had a lot of questions about marriage.

So unbeknownst to Jess, he made reservations for a Weekend to Remember. He wanted to learn a real plan for how to be married. “I didn’t know anyone who was doing this [marriage] quite well,” he says, “and I wanted to go see how to do it.”

When Lance and Jess arrived at the Weekend to Remember, they sat in the back of the hotel ballroom with their heads down. As the speakers got everyone laughing, they started to relax. By the time the session ended, they were glad that they had decided to attend.

The next morning, speakers Tim and Joy Downs met with premarried couples. They talked candidly about struggles the couples might be having, even before marriage. “And that was eye-opening for me,” Lance says. He recognized that their communication problems would only get worse if they didn’t start to solve them.

As the Downs spoke, Jess learned why God created marriage. “We hadn’t ever heard that God has a plan for marriage,” she says. “We had only heard the world’s view.”

Later that day, Jess noticed that the premarried couples would be meeting for a session on sex, “Two Become One.” Jess did not want to attend.

Lance cornered speaker Tim Downs. “Here’s the deal,” he said. “We’re living together, and we’ve been having sex, and we’re really not sure about doing this whole marriage thing. Do you think we should go to this session?”

That’s all Lance needed to hear.

The premarried men and women were separated for the session. The speaker for the men encouraged each man to honor and respect his girlfriend. He said that they were not yet “one flesh” and should abstain from sex.

Lance realized that he and Jess were not living in obedience to God, and they needed to change. He pulled out the “purity pledge” in his premarried workbook and signed it to commit himself to abstaining from sex until they were married. That night Lance did not get into bed with Jess. Instead, he told her of his new vow to purity.

Lance says the weeks following the Weekend to Remember were a sobering time for him. Determined to keep his commitment to purity, he met with his pastor. He told him that he was ready to enter into a God-honoring relationship with Jess. The pastor affirmed his decision and suggested that Lance ask her father for his blessing. So when Jess and Lance traveled to Seattle to see her parents, he did just that. 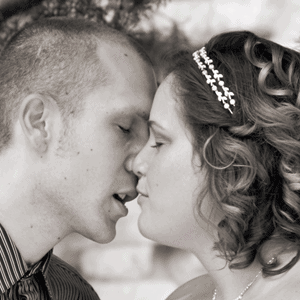 Finally, about three months later, Lance proposed on Jess’s birthday. He gave her a special acrostic puzzle and the answer spelled “Will you marry me?” All of the clues came from the Weekend to Remember manual. When Jess read the puzzle answer, her tears said it all. “I had been waiting a long time.”

You can’t take it back

Shortly after they married, Jess was having what she calls “a moment.” She was sitting by Lance on the couch when she told him that she was sorry she had not kept her purity for her wedding day. “This was really bugging me,” she says, “and I could not shake it that I could not take this back.”

Wanting others to learn from her mistake, she recently told a friend who was considering moving in with her boyfriend about her own wedding day regrets. “I understand it can feel okay,” Jess said, but “whether it’s this person or not, when you have to look at someone and say ‘I didn’t wait for you as I knew I should have’ … that’s a pretty hurtful moment to have to go through.”

Today, Lance calls the Weekend to Remember his life-changing event. Their relationship is now built on lifelong commitment rather than feelings. And they are doing all that they can to help others learn about God’s plan for marriage. They’ve hosted The Art of Marriage® video conference in their church, and also attended more Weekend to Remember getaways.

Jess says that they plan to attend a marriage getaway every year. “We can go for one weekend, shut out the world, and focus on what God says about our marriage.”