Does political polarization, that ever-increasing gap between political convictions, fill your family conversations with relational razor blades? Maybe attack (or duck-and-cover) mode’s become the norm. Your own home has become a house divided.

A friend described her experience of an inflamed phone conversation with a Christian relative. Both resorted to derogatory language about the opposing party or its voters. My friend left alienated, hurt, and disappointed.

“In the end, our conversation was no longer neutral ground to really understand each other,” she said. “We can’t seem to admit what our parties do wrong.”

It’s a disturbing trend. An astounding 22% of evangelicals believe civility is unproductive in political conversations. Twenty-five percent consider their candidate’s insulting personal remarks toward an opponent to be justifiable.

But it’s even more concerning and uncomfortable when a parent, sibling, or spouse doubles as a perceived adversary: How could someone I love be blind to how trampled I feel?

How have our Christian homes—commanded to return blessings for insults (1 Peter 3:9), live at peace with all as far as it depends on us (Romans 12:18), do everything in love (1 Corinthians 16:14)—gotten here?

Resist culture not only through politics, but unity

Search engine and social media algorithms create echo chambers of those who agree with us.

“If you believe a certain thing and post about it often, it is unlikely that you would end up coming across someone with an opposing viewpoint because the algorithm simply wouldn’t allow it” in order to promote the user’s “comfort zone,” reports Digital Information World.

Our echo chambers compound with media networks whose numbers elevate with non-neutral positions and strong personalities.

So we’re less adept to learning from different perspectives. We’ve lost resilience for views and people that make us more thoughtful, compassionate, well-rounded, receptive to outside experiences. (Check out key ideas for “Raising Kids in Outrage Culture.”)

In Acts, Paul frequently dives into thoughtful conversation with those who disagree. Though admittedly, his only “candidate” is Christ.

Political polarization: Whose sign is in your front yard?

Actress Candice Cameron Bure recently explained why she wouldn’t be returning to the Emmy-winning talk show, The View.

I just don’t publicly want to talk about politics. Not because I don’t believe that my viewpoints and opinions are important, but I would much rather share Jesus with people. That’s really my passion.

Similarly, one pastor refuses political signs in his front yard, explaining that because Jesus is who people truly need, he doesn’t want anything in the way of them coming to Him.

Thankfully, Jen Pollock Michel writes in Surprised by Paradox: The Promise of And in an Either-Or World, the center of Jesus’ Kingdom is not the Oval Office: “In fact, as Scripture makes clear, God’s kingdom is frequently in conflict with the pharaohs and caesars of its day.”

Who’s on the most important sign in your life’s “front yard”? How would your family define your top priority? (And does your identity as father, sister, aunt, or son top political association?)

Consider Jesus‘ rebuke of Peter when Peter slices off the ear of a member of the mob arresting Jesus. Jesus heals the ear—probably much to Peter’s confusion, who saw Jesus as his political king. Perhaps Jesus’ words to Pilate help us understand: “My kingdom is not of this world. If my kingdom were of this world, my servants would have been fighting” (John 18:36).

So how can you elevate the King of Kings in your own house divided amidst political slicing and dicing?

5 Ways to Make Jesus King of Your Divided House

1. Change your goal in conflict.

Conflict is an opportunity—but not to win. Or always agree. Most inflamed conversations don’t birth changed minds. Heels dig in deeper as you defend positions.

In our nation’s own political polarization, nearly everyone feels a bit threatened in political conversation. Which finds many of us in a state of ambush—devolving into “fight, flight, or freeze,” not “listen, understand, alter my perspective.” We might come out swinging.

Rather than those who speak truth in love (Ephesians 4:15), we opt to just not back down—maybe calling it “boldness” in God’s name.

Yet God orchestrated the makeup of our families. That conflict flays open desires that push and pull us (James 4:1).

And in exposing those wants, conflict is an opportunity to understand and love and honor, become more like Jesus, and grow stronger.

2. Pray for your relative, wisdom to act for true peace, and your own heart.

Long before speaking, pray for your relative and for wisdom to truly love them well.

Jesus commands to first “take the log out of your own eye, and then you will see clearly to take the speck out of your brother’s eye” (Matthew 7:5). Ask Him to reveal your motivations for talking with your family—and ways your own heart isn’t like His.

When secure in He who “removes kings and sets up kings” (Daniel 2:21), we’re much less likely to pop off or inflict damage out of wounded pride.

Our self-control in a house divided stems from

And it changes the way we argue.

For Christ-reflecting conflict, start with principles like affirming your relationship—the most important signs in your life’s front yard, so to speak. We don’t see eye to eye on everything—but I’m glad God didn’t make us the same. I like hearing your heart. I want to keep listening.

Proverbs, too, is full of tactics for familial political polarization.

Then, prepare to move beneath the presenting problem.

4. Identify the interest beneath the issue.

Perhaps, like another friend of mine, you’re troubled by how distant your family member’s beliefs seem from who Jesus is. Or that they’re slapping Bible verses on political rhetoric rather than allowing the whole of the Bible to speak.

It’s likely neither of you are 100% agreed with a party’s actions or beliefs. Portions of both parties warrant respect and repentance. But sadly, there’s no “Jesus for President” party.

So rather than the outworking of a belief, seek to understand your relative’s interest, passion, or pain beneath the issue.

Truth: We’re much more likely to accept any outcome when we feel heard.

Political polarization can create a marriage where you can no longer feel emotionally “naked and unashamed” (Genesis 2:25). Or a home no longer expressing that Jesus loved us to the nth degree when we were enemies (Romans 5:8).

So check your listening patterns. Do you…

Use your relative’s responses as indicators of whether they feel respected and heard—not just whether you’ve gotten your point across or made progress in changing their mind.

Following her inflamed conversation, my friend confessed, “At the end of the day, my [relative] isn’t for the things that frustrate me about her political party. Her party doesn’t represent her character.”

Ultimately when dealing with political polarization, let him with perfect beliefs and practice cast the first stone.

Instead, play out your loyalty to King Jesus by “Accept[ing] one another … just as Christ accepted you, in order to bring praise to God” (Romans 15:7, NIV).

Janel Breitenstein is an author, freelance writer, speaker, and frequent contributor for FamilyLife, including Passport2Identity®, Art of Parenting®, and regular articles. After five and a half years in East Africa, her family of six has returned to Colorado, where they continue to work on behalf of the poor with Engineering Ministries International. Her book, Permanent Markers: Spiritual Life Skills for Work-in-Progress Families (Harvest House), releases October 2021. You can find her—“The Awkward Mom”—having uncomfortable, important conversations at JanelBreitenstein.com, and on Instagram @janelbreit.

You want to marry your best friend—someone you’d have fun with whether traveling the world or washing your car. But how can you be single and content?
Read More

Anger issues make our homes feel like an emotional battlefield. But with planting and perseverance, we may discover the field we’re on is actually a garden.
Read More

How to Raise a Boy to be a Man

Boys will be boys, unless we train them to be men. Here are some principles to keep in mind as you raise a boy to be a man.
Read More 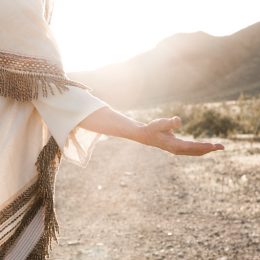 Humility, Civility, and Unity in Po... 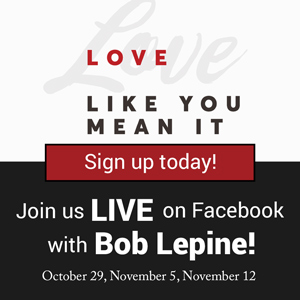