Go Back To All Mother's Day Articles

Not too long ago my mother gave me a copy of a poem that I had written as a child. For some reason, she kept it tucked inside her dresser drawer for decades:

MOTHERS Mothers are young and old, Kind of mean and sweet. My mother’s the best of all, lovely and sweet. Her gentle hands, her soft touch, everything about her. She seems to be the only mother in the world for me! She is not like a neighbor or a close friend, but like a mother! When, oh when, there was a mother as sweet and lovely as mine, I do not know! But mine’s a real good one! —by Mary Lucile May (at age 10)

Today, as a mother and grandmother myself, I understand why my scribblings meant so much to Mom … why she saved my poem for so many years. I now understand that in my childish way, I had called my mother blessed (Proverbs 31:28).

I asked some friends about special ways they have been remembered as mothers and ways they’ve honored their own moms on Mothers’ Day. The scope and creativity of their ideas were amazing!

I trust that the following ideas will help you honor the special moms in your life:

1. Make a one-of-a-kind booklet for Mom, filled with family photos and hand-written notes. Or, shoot a video capturing how much you appreciate Mom. You might want to film the children in various areas of the house, thanking Mom for the impact she has on their lives in particular rooms. You could also record some original songs or even a family skit. (Contributed by Aileen Ostendorff)

2. Make a recipe book for Mom. Kids can put one together, even if they are very young and don’t know the real recipes. “Anything from my kids like that touched me because you could tell they were so proud because they had made it themselves.” (Contributed by Sharon Hill) Adults or older children may want to add some special things to Mom’s recipe book such as her favorite sayings, Scriptures, tales from Mom’s childhood, copies of her handwritten recipes, some family history, etc. (Contributed by Fran Taylor)

3. After creating a restaurant atmosphere somewhere in the house, children of any age can cook a meal for Mom and serve it to her. “When my kids did this it taught them to give to someone else and also gave them a cooking lesson!” (Contributed by Arlene Kirk)

4. Give Mom the gift of time—a day to go antiquing, have lunch, or enjoy dessert and coffee later in the day. Reminisce about how she has contributed to your life. Younger kids in the home could give Mom a day at the spa while they clean the house. (Contributed by Betty Rogers)


Get together with your friends and learn the Art of Parenting.

5. Make a corsage or arrangement out of silk flowers that are similar to the ones that were in her bridal bouquet. (Contributed by Vickie Burnett)

6. Remember Mom with roses or a rose bush. “I try to send Mom yellow roses because that’s her favorite flower.” (Contributed by Mari Peters)

7. Write a poem or heartfelt letter expressing your love and appreciation to Mom. You may want to thank her for her Christian example. A nice touch would be framing the poem/letter with a picture of her holding you as a newborn. Dennis Rainey’s book The Forgotten Commandment gives step-by-step ideas for writing tributes. (Contributed by Mary Carol Pederson)

8. Make ceramic impressions or plaster imprints of the kids’ hands. “Although our boys are now grown, I can still touch the shape of each finger and thumb. As wonderful as pictures are, they can’t replace those little hands.” (Contributed by Fran Taylor)

9. Give a gift that involves creativity, such as needlework or a craft. “My mother still displays things I made for her 30 years ago as a college student, so I think she liked them!” (Contributed by Carol Scarborough)

10. Host a tea party. “My daughters invited 10 of my close friends to high tea at a local hotel. It was elegant. I felt esteemed. I felt like a little girl who was playing tea party once again.” (Contributed by Betty Rogers)

Copyright © 2007 by FamilyLife. All rights reserved.

Appreciating a Stepmom on Mother’s Day: Tips for Husbands

A mixed bag of emotions comes with being a stepmom on Mother’s Day. A day set aside to honor moms, where does that leave a stepmom? 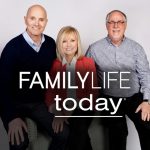 Surrendering to God’s Plan For My Kids