Surprised by The Art of Marriage

More and more couples were asking for marriage counseling at Madeira-Silverwood Presbyterian Church in Cincinnati, Ohio. And most of them didn’t understand the underlying issues of their problems.

Senior Pastor Tom Sweets suggested that Drew Hood, family and youth pastor for the church at the time, get in touch with FamilyLife and see what resources they might have for a class on marriage. Like many in his generation, Drew says he normally would pull a variety of resources together for a class, so he was hesitant to order The Art of Marriage®, FamilyLife’s six-session small-group video series. “When I actually got the material in hand,” Drew says, “I was completely blown away.” 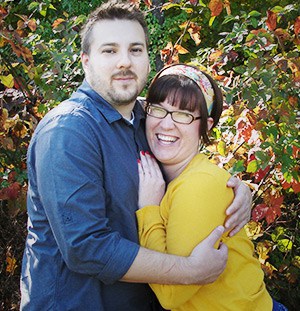 He was surprised by how it helped couples recognize their shortcomings and pointed them to the gospel. And he was also surprised by the quality of The Art of Marriage video … that those who shared their stories were authentic, yet not emotionally manipulative.

But the thing that surprised him most was the longing for people in his church to strengthen their marriages. A typical Sunday school class at the church has only 6-8 people, but more than 30 people signed up for The Art of Marriage class. Many had never met before the first session.

The couples in the class came from two different services, one contemporary and the other traditional. And the age-range was wide: from 20 to about 70.  Some couples were engaged, and some had been married for decades.

Although Drew led the new Sunday school group, the Hoods were like the other couples—they didn’t know what to expect but committed to doing the weekly homework.

The couples’ homework assignment for the first week was to discuss some specific questions on a date night. Like many in The Art of Marriage class, Drew and Lacy went to one of their favorite restaurants. In fact, they sat at the very table where Drew had proposed.

That night, as they began to discuss some of the challenges they had experienced in their marriage, they realized they had not talked about some important things. The homework assignment opened the door to communicate on a deeper level.

A buzz of discussion

At the second meeting of The Art of Marriage class, Drew was surprised that almost everyone had done their date-night homework. That first quiet Sunday school class was transformed into a buzz of discussion.

“By the time we got through the first video … the walls came down,” Drew says. “Everybody was talking. Everyone wanted to ask questions.”

The couples identified with the problems presented in The Art of Marriage videos. They saw real people talking about real problems instead of watching a Hollywood version addressing candy-coated issues.

As Drew and Lacy and others in the Sunday school class opened up, another surprise surfaced. People from both services reached out to help one another. Older couples often said to younger ones, “Let’s work together. Do you need babysitting for your kids so you can get away? Because we can do that.”

As the couples opened up to one another, The Art of Marriage group formed a deep sense of community. There was so much need for discussion that Drew extended the 6-week class to 12 weeks. Now they want to continue doing more studies together … helping each other have strong marriages.