In 2005 we had every reason in the world to believe our marriage was over. My husband, Scott, was living with another woman, and I could see no indication that he would ever turn his heart back to our marriage and family. Everyone had advice to offer me: “Kick him to the curb” … “Move on” … “You deserve better.”

But God also placed two strong women in my life to encourage me with the truth: I should love and respect my husband unconditionally, honoring the covenant I made with God. They told me, “As long as you’re breathing, there is hope.” 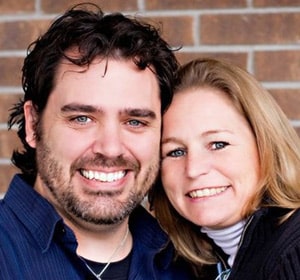 In September of 2005, on the day of our 14th wedding anniversary, we divorced. Three days later, Christ invaded Scott’s heart, and we remarried each other after a period of reconciliation. Today we like to tell people, “Our divorce just didn’t work out!”

Yet the truth is that we decided to intentionally pursue God and each other. And it worked.

We find ourselves asking, “If no one tells couples, how will they know that as long as they are breathing, there is hope for their marriage?”  As Philip responded to the Holy Spirit in Acts 8:29, we are excited and passionate to share God’s truth, hope, and vision for marriage with anyone who will listen. We have tasted the fruit of a redeemed marriage and know how good it is! How could we keep this to ourselves?

FamilyLife’s Weekend to Remember® marriage getaway has been a pivotal, foundational experience for us. That’s where we first learned God’s blueprints for marriage after our divorce in 2005, and we continue to go annually as a tune-up. We have since taken over 200 couples with us.

When FamilyLife released The Art of Marriage®, we saw this was the tool we were praying for to exponentially increase our ability to reach couples. A DVD-driven experience, it brings together incredible marriage experts, inviting couples into God’s blueprints for marriage, putting practical tools in their hands to tear down walls of isolation and begin building their marriage on the Rock. In the past three years, we have facilitated 27 events in our area, seeing 2,059 people experience life change, with 175 people making first-time decisions for Jesus Christ. We’re excited about the many upcoming events in 2014.

And it never gets old! In April of 2013, we facilitated an Art of Marriage event. Right before the last session, a divorced man got on one knee and asked his wife to marry him … again. The 11 months they had spent divorced were the worst either had ever experienced, and they were determined to take back what they had given to the enemy and allow God to bring their dead marriage back to life.

Every marriage matters. Divorce is the world’s first response to problems in marriage (regardless of the severity). But divorce is the Word’s last resort.

As long as you are breathing, there is hope for redemption in marriage … if we don’t tell them, who will?

Copyright © 2014 by Scott and Sherry Jennings. Used with permission.